I was sworn in as an attorney in 1959. After 55 years of representing people, and not corporations, I have retired from the practice of law. My wife Lita, who  has been my law partner as well, has retired with me. Today is the first day of our 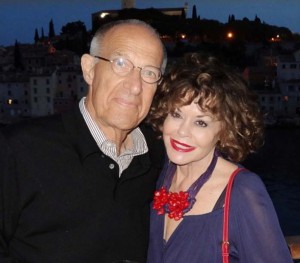 change in our life work. We have never played golf and don’t plan to start, but we have many unfinished  and planned projects to occupy us. It’s been a great privilege representing ordinary people against corporations, insurance companies and the powerful.

When I began  as a young lawyer there were Justice and Municipal courts in addition to the Superior and Supreme Court. However, you  didn’t’ have to be a lawyer to be a judge in a justice or municipal court  and most weren’t. You tried traffic and small damage claim cases to people who had other jobs having nothing to with the law. You quickly learned to talk in plain English and make your points short as  well as understandable. I was a part time deputy prosecuting attorney when I started and prosecuted cases  for the county. However, the judge was paid a percentage of any fine assessed and, as you might imagine, the conviction rate with fines was very high. That system was declared unconstitutional and a requirement that qualified lawyers only serve as  judges later adopted.

The other significant difference was that when I started there was very  little right of what is called “discovery” in any court, that is, the right to get all the facts before trial by written question or pre trial testimony by deposition. Depositions were very limited and it was common you would appear for trial without knowing  who the witnesses the other side was calling or what they planned to say. You learned to listen very carefully to testimony and be quick on your feet to know how to handle it.

This was pre television domination and people came to watch trials for entertainment. Everyone was far more willing than today to take time with the trial proceedings. Lawyers who couldn’t quote scripture, Shakespeare, poetry or great literature in argument were regarded as not very good lawyers. All objections were speeches to the jury with great drama. There were no time limitations for jury selection or anything else. In the summer there were no jury trials which is when trial lawyers would  go on vacation.

Auto policies were $5,000 per person and $10,000 per accident. A $100,000 jury verdict would be considered amazing. Most jury verdicts were in the $750 – $1500 range and trials often less than three days in length. As you might imagine, I tried a huge number of jury cases under those circumstances as did most lawyers of that time. In addition, I, along with most other lawyers in Skagit County, took every other  kind of legal issues as well. Boundary line disputes, divorce, custody disputes, condemnation cases and anything else that walked in the door. No one specialized in small counties.

It has been a great adventure and Lita  and I are looking forward to another role in our lives.

4 thoughts on “MAY 1ST – THE FIRST DAY OF OUR RETIREMENT”

This site uses Akismet to reduce spam. Learn how your comment data is processed.